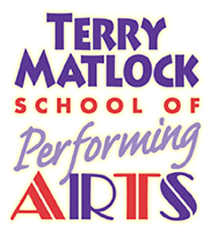 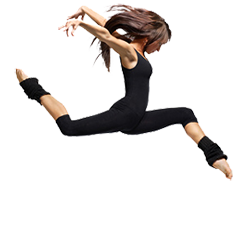 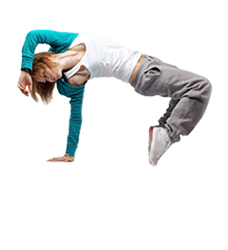 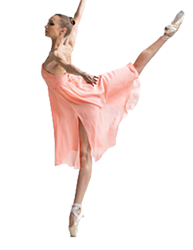 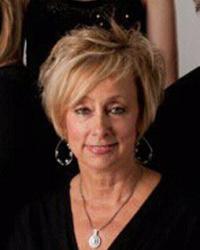 I have owned and operated Terry Matlock School of Performing Arts, Dance School since 1973. I began my training in the Flint and Fenton area, performing locally with the Flint Ballet Theater. I continued my studies in Los Angeles, studying with such notables as Joe Tremaine, Jackie Sleight and Fred Walton. I also studied extensively with Gus Giordano with "Chicago Jazz Dance" in Evanston, IL. I spent two seasons performing in the Phoenix Ballet Company and one season with the Wilmington Ballet Company in Delaware. After that season I came back to Flint to resume my teaching career. Through the years I have continued my studies in both New York and Los Angeles. I have been a leader in Fine Arts Programs in this community, including the Christmas at Whiting series. I am certified thru the Cecchetti Council of America to teach advanced ballet levels. I am also a member of the National Board of Dance Masters of America.

My dance studio started in the basement of my home, and has grown into being one of the largest in the area, boosting 3 locations and 7 full time teachers. In 1982 I developed a preschool program introducing Fine Arts into the academic setting. Together these programs give me the opportunity to share my Love Of Dance... 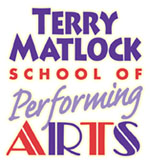 Mary Blevins loves being on staff at Terry Matlock Dance, where she grew up and was the very first student. She now manages the studios and costumes for all of our performances. Mary specializes in Cecchetti Ballet, Pointe and Tap Classes. Mary has studied with such notables as Rhee Gold, Roni Mahler, Al Gilbert, Gus Gioradano, and many more. She was also awarded a scholarship to the Joe Tremaine Jazz School in Los Angeles. 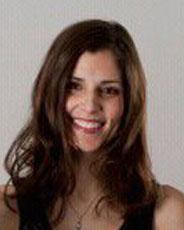 Monica Crimi has studied dance since the age of three and has been choreographing and teaching for over 20 years. While attending University of Michigan-Flint she studied many different dance styles along with performing at ACDFA (American College Dance Festival Association). During her first years in college she also became a member of Clio Cast and Crew dancing and singing in the performance of Guys and Dolls. Monica is Cecchetti trained in Ballet and continues her dance training by attending conventions such as Tremaine and L.A. DanceMagic throughout the year. She helps with our Competition Teams and has taught all ages and styles at the studio. Ms. Monica is also a NICU Nurse Practitioner! 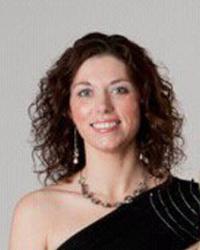 Aimee Martin has studied dance since she was a young girl. She began taking Ceccetti Ballet, Tap, and Jazz lessons with Terry Matlock in her teens. As a young dancer, she was fortunate enough to attend conventions and competitions throughout Michigan, as well as in New York and Chicago. Aimee had the opportunity to train with renowned choreographers Joe Tremaine, Gus Giordano, Fred Walton, and Paula Abdul. She attended the Jazz Dance World Congress, performed at Piston’s halftime shows, and danced in the annual Christmas at Whiting production.

In college, Aimee broadened her training to include Modern and Lyrical dance, as well as taking choreography, kinesiology, and music/movement classes. This helped her attain a Fine Arts minor as part of her Bachelor of Science in Elementary Education degree at The University of Michigan-Flint. At UM-Flint, Aimee studied with Kimberly Jones and was part of the performing dance group. She attended the American College Dance Festival and performed pieces to be adjudicated at the festival.

Currently, Aimee choreographs and teaches classes for Terry Matlock School of Performing Arts She also coaches the Gold Dance Team. Aimee enjoys attending conventions and competitions with these dancers, especially because she knows what a great experience that was for her as a young dancer. Recently she has choreographed the halftime show for the Lion's Thanksgiving performance, organized flash mobs to promote musical theater at Whiting, and taken her team to Orlando for the Tremaine National Competition. Aimee also teaches third grade at Dowdall Elementary in the Kearsley School District. Recently, Aimee completed her Master’s in Public Administration degree at The University of Michigan-Flint. She also has three small children, and lives in Flushing. 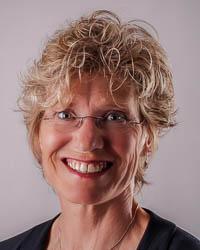 Rae was a principal dancer with Flint Ballet Theatre, performed in the “Firebird” choreographed and directed by George Skibine and “Namouna” choreographed and directed by Milenko Banovitch. She toured Europe with a dance troupe originating from Blue Lake Fine Arts Camp before attending the University of Utah as a dance major. In Utah, Rae was fortunate to have the opportunity to perform in productions of the “Nutcracker” with Ballet West.

Since returning home and raising a family, she has completed modern and choreography courses at the University of Michigan-Flint. Most recently, Rae performed an original choreography piece at Performance Network in Ann Arbor, Michigan. Rae has recently studied in Chicago, and has been awarded her BeMoved® license. BeMoved® is a dance fitness experience for adults of all ages and skill levels, including those who have never danced before. BeMoved® classes are currently being offered at the studio.

“Dance continues to be my life’s passion, a passion I hope to inspire in others!” 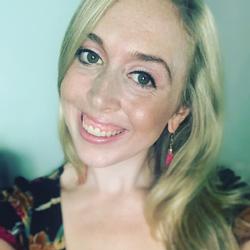 Ms. Amanda teaches most of our Solos, Duos, and Specialty Groups! She was a member of Terry Matlock's Gold Team when she was in High School! Amanda attended Michigan State University where she received her Bachelor's Degree in Youth Development and Sociology with a Minor in Dance. While she was at MSU, she was a member of the Orchesis Dance Company and took classes in Choreography, Modern Dance, Dance Education, Improvisation, and Dance History. Amanda also was the President of the MSU Ballroom Dance Team for 3 Years. After college, Amanda lived in NYC for 5 Years. During this time, she took classes at Alvin Ailey and Broadway Dance Center. She performed in Concerts with the Ailey Extension, under the choreography of Sekou McMiller. While in NYC she worked at Dance With Me Studios (owned by Maks & Val Chmerkovskiy ) and trained heavily in Latin and Rhythm Dance. She trained under World Latin Champions, Pasha Pashkov and Daniella Karagach (World Of Dance and Dancing with the Stars). Amanda competed in Amateur Rhythm and Latin for 4 years throughout the United States with her Dance Partner. During this time she became a National Champion in 2019. She also taught Grades K-4 Dance at an Elementary School in NYC for 5 years. She is a member of the National Dance Education Organization, and is certified in the Alixa Flexibility Program. She also loves to teach Wedding Dance in her spare time! Her passion in life is to make Dance Education accessible to all.

Jaydan Tracey began dancing and tumbling at a young age. Her early training was with Terry Matlock, where she was a Cecchetti trained ballet dancer, member of the competitive dance team, soloist, and a national finalist at Tremaine Nationals in Orlando.

Jaydan graduated with honors from Durand High School in 2014. When she wasn’t training at the dance studio, she kept busy as a member of their award winning band. Jaydan participated in marching band, symphonic band, and color guard. She was also a member of the track team and competed at the state level.

After graduation, Jaydan has continued her studies at the University of Michigan in Flint. There she is focusing on social work. Jaydan has continued her dance and acrobatic training as well. She continues to attend Tremaine Dance Conventions as a teacher and takes many master classes and workshops offered at the university. Jaydan recently began certification classes through Acrobatic Arts.

Jaydan has experience teaching in a variety of school settings. She has worked with preschoolers and advanced dancers and has expanded her skills to include choreography. She has trained in a variety of dance styles but especially loves jazz. Currently, Jaydan is assisting with the competitive dancers at the studio, as well. Her goal is to instill confidence in all of her dancers, so they can not only light up onstage but in any other adventure they want to pursue. 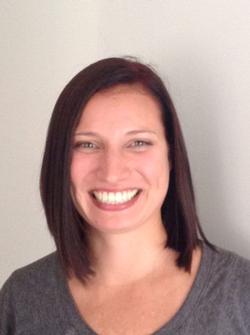 Leah is not only a former student of Terry Matlock School of Performing Arts but also the daughter of one of our very own, Miss Rae! Leah has been listening to the talk of technique and choreography and music for her entire life between the studio and just living with her Mom. She began teaching for us in 2017 and has been an excellent addition to our team, She has an excellent rapport with children and more than enough experience with them through many years of helping backstage at our recitals, teaching swimming lessons and also tutoring kids of all ages in school. She does hold a Bachelor of Science from Western Michigan University but her heart belongs with us! She is currently our dance instructor at our Grand Point location during the daytime and teaching her own classes this fall in our evening program. 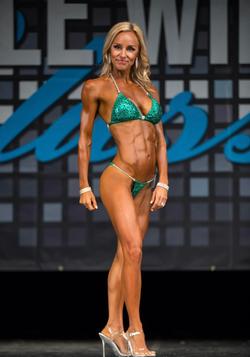 Lindsay Clark is our Team Strength and Condition Coach. She teaches conditioning to our upper level teams in preparation for our Competitions. Lindsay believes that the whole body and mind must be trained and encouraged to be a complex athlete and dancer.

Lindsay is a Professional Natural bikini champion with the OCB. She has competed and won six shows over the last three years and recently placed in the Top 5 in the largest natural body building company in the US.

Lindsay believes in teaching and encouraging healthy habits in our youth. She is passionate about living a full and healthy lifestyle and enjoys spreading the knowledge to our students with great hopes of leaving a positive impression.

She is the Mother of a Silver Team dancer and enjoys spending time in the studio.

Lexi has studied dance since she was 5 years old. She started lessons at Terry Matlock in her early teenage years. Lexi was a part of our very first competitive team. Her team competed at Tremaine nationals in Orlando. Once she graduated, she started school at Mott community college and began the dental hygiene program. She helped at Terry’s as an assistant teacher throughout her college education. She graduated MCC with an applied science degree in dental hygiene. She has been working since as a dental hygienist.

She has been back as a dance teacher at Terry’s for two years. She has always taken pride in learning and improving her skills as a dance teacher. Lexi wants her students to love and enjoy dance as much as she did growing up. 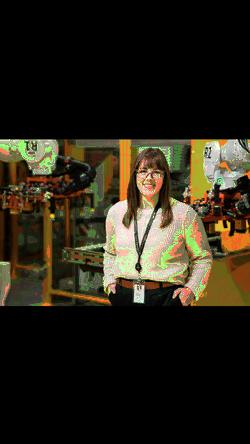 Ramsey recently moved to Fenton, MI and works from home as a full time Mechanical Engineer. During her free time Ramsey likes to support local businesses and volunteer for the Distinguished Young Women Program. While teaching at Terry Matlock School of Performing Arts Ramsey hopes to share her excitement for dance and the benefits it can bring to all age groups. 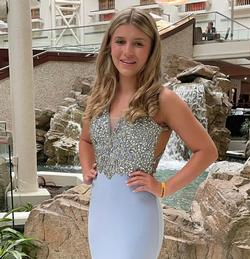 Hannah is a member of our Gold Team and also on the Grand Blanc Varsity Pom Team. This is her second year as an Assistant Teacher! 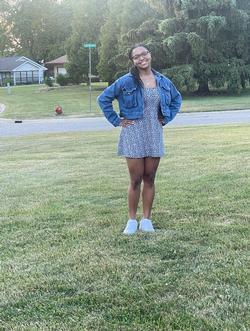 Tatiyana is a member of our Gold Team Competition Team and also on Grand Blanc Varsity Pom! This is her first year as an Assistant Teacher! 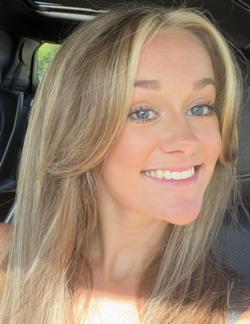 Kyra Robinson is a member of our Gold Team Competition Team. This is her first year as an Assistant Teacher at the studio!